The bad news didn’t end there.

A few days later, the jailer who was responsible for taking food to Rashta entered Sovieshu’s office and reported in a shaky voice that the deposed empress had not eaten or drunk anything for several days, and that she was too quiet, so he peered in through the slit in the door.

Although the slit was small, it should have been possible to see the inmate walking around the room.

But what the jailer saw was Rashta’s silver hair covered in blood. What he assumed was Rashta’s head was completely still. Also, there was a foul odor.

He needed the emperor’s permission to check inside the room.

Sovieshu was in a daze as he climbed the stairs to the top of the tower.

‘Is she really dead?’

The last time he saw Rashta, she seemed determined to hold out til the end. He thought it would at least be a few years before she went crazy from being locked up for so long.

However, he saw the decomposed corpse as soon as he opened the door. Only a few traces remained of the beautiful face reminiscent of an angel: Rashta’s thick, beautiful silver hair.

As the jailer had said, her hair was covered in blood, which had come out of her mouth and was pooled on the floor, staining her hair.

The jailer covered his mouth and hurried down the stairs. The knights who came with Sovieshu grimaced.

Sovieshu stared blankly down at her lifeless corpse. He hadn’t wanted to see her face when she was deposed, nor when she was locked in the tower.

And now, it was worse to see her after her miserable death. She didn’t even die with her eyes closed.

Sovieshu was startled upon hearing a laugh, as clearly as if a living Rashta was in the same room with him.

— Why doesn’t Your Majesty say that you love me?

Her voice was mixed with laughter and echoed in his ears.

After he stared at her for a while, he turned around and walked down the steep stairs.

He remembered how Rashta cried as if the world was ending when her ankle was caught in the trap.

Some questions were useless now, but he suddenly became curious again.

‘Rashta will be remembered as the most evil empress in the history of the Eastern Empire, but was she always like that? Did I misjudge her because I was captivated by her angelic appearance? Or did she change because of the Imperial Palace, the power and the nobles?’

“The answer will never be known.”

Sovieshu murmured his last thought, and Marquis Karl asked while wiping his mouth with a handkerchief,

“Your Majesty, what did you say?”

Sovieshu shook his head, thought for a moment, and ordered.

“Do not bury her with the honors befitting an Empress. Cremate her and scatter her ashes on the vast plain.”

His wife, with whom he was to spend the rest of his life, had abandoned him, and the child he longed for turned out not to be his. Glorym was now far away, and Rashta, who fought until the last moment, died alone.

Sovieshu, who considered life to be fleeting, only dreamed of living happily with his wife and children.

He wanted to give his children the family that his own father did not give him.

Why was it so difficult to attain? Wasn’t it ironic that the Emperor struggled in vain to achieve his vision for a happy family, while many commoners had achieved this dream?

Even Navier… Navier thought she had found true happiness in the Western Empire, but she had been attacked there and was now in critical condition.

Persistent thoughts of sadness and distress made him double over and cover his face with his hands, pressing his eyelids with his fingertips.

He felt that only the news that Navier was out of danger would stop the devastating feeling of sinking into a swamp.

“Your Majesty, Duke Elgy is here.”

Sovieshu was looking at Navier’s painting while muttering to himself when Duke Elgy’s visit was announced.

“He wants to say goodbye before he leaves.”

Sovieshu frowned at the unwanted visit.

He hated Duke Elgy because he came out relatively unscathed despite his involvement in Rashta’s scandals.

In fact, Duke Elgy could still take over one of the Eastern Empire’s key ports if the Wol Continent Alliance’s ruling supported him.

However, if the result was unfavorable to Sovieshu, he would have to negotiate with the Wol Continent Alliance to get the desired result. The last thing he wanted was for the situation to become even more complicated.

After he sank into his thoughts for a while, he agreed to meet Duke Elgy in the drawing room.

He didn’t want to see his face, but he was curious.

‘Why the hell did he do this?’

There were many things he didn’t understand about his actions.

He was a known friend of Heinley’s and helped Navier escape from Troby Mansion, but he was also close to Rashta.

He and Rashta were the subject of several scandals due to their close relationship, but at the last moment, he revealed two serious crimes that had been committed by Rashta, which further worsened his image.

Following all this, his reputation as a playboy continued to sink, and now everyone was talking badly about him.

So Sovieshu was curious. Why did he do this? What did he want to achieve?

Duke Elgy greeted Sovieshu with a quiet smile as soon as he entered the drawing room.

“It’s time for me to go. Thank you for all your attention thus far, Your Majesty. The next time we meet may be at the Alliance Court.”

Sovieshu didn’t reply. Sitting with his arms crossed, he looked at Elgy for a moment.

“Did you know that Rashta is dead?”

Sovieshu took his reaction as an answer and asked another question.

“I think you were to blame for Rashta’s drastic change. What kind of resentment led you to do that?” 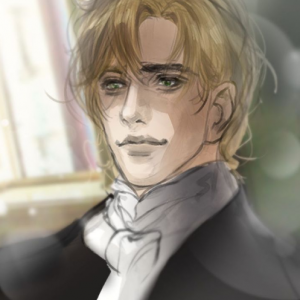 Duke Elgy’s expression was unreadable. His lips curved into a smile and he answered with the same question.

“So, Your Majesty wants to know what led me to do that?”

A Journey Through The Prehistoric Desolation

The Nerd Turned Out To Be The Tyrant

Register For This Site.

Please enter your username or email address. You will receive a link to create a new password via email.